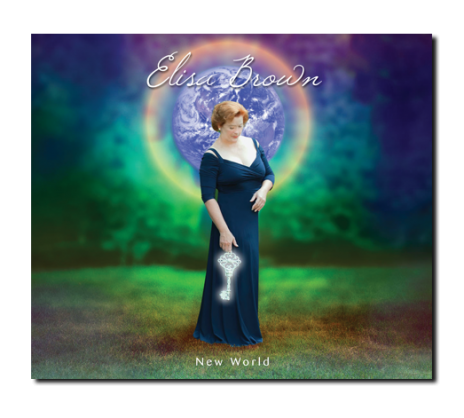 The intention behind this album started with those two little words.What if we set the intention to create an album that celebrates disparate musical genres, cultural practices and philosophical ideals that would touch people’s hearts, transforming their lives in a positive way going forward?—Think Big isn’t just the name of my co-writer/arranger Barry Goldstein’s production studio, it’s how we create!

We put that intention into motion and let go of any preconceived ideas we had of how to make this happen. Instead, we allowed it to happen.

Every song on this album was the result of unexpected illuminations of little gifts that showed up in everyday life. The cacophony of New York City’s Times Square inspired a call for peace in the midst of noise and haste that is the essence of Invocation. The lyrics from Cullins of Rhum, “As Thou who art yearning will yearn it to be,” quietly appeared in a notebook as I was searching for a Muse to guide me through the creative process. The bell chorus in We Are So Much More mirrors my parents’ clocks that would chime every time I began the Taoist Kan and Li meditation. And my nieces and nephews splashing in the water and romping through the grass gave birth to Wiggle Your Toes.

As these simple gifts unfolded into words and melodies, other What if questions came into our hearts.

What if our intention to create a new approach to World Music has created a musical template for a new world in which truthfulness, compassion, respect and kindness are tenets to be honored in ourselves and extended outwards to every living being on this beautiful planet? And what if we all set these intentions into motion and allowed them to blossom within our hearts and out into a New World?

What if…?
Elisa Brown